September means Back to School, which also means it’s time to get back to the basics. I remember growing up wondering how the 10 weeks of summer vacation could by so quickly, while simultaneously wondering how it was possible that I could forget everything I learned in the previous grade within that short amount of time. Here I was on my first day as a Junior in high school sitting in pre-calculus not sure I even remembered how to add or subtract anymore. Most teachers seemed to understand this, though, and so the “nice ones” would spend a week or two reviewing some basics from the previous year. This would enable us to re-sharpen our skills where we had become rusty, build confidence, and move into the new material fully prepared for it.

You see, sometimes, in order to move forward, you have to return to the basics.

This is true in fitness, too. How many of you, after making great strides early on seem to have hit a plateau in your progress and gains? If so, the answer might not be working harder and pushing through. You might actually benefit from taking a step back in your intensity for a few weeks and giving yourself an opportunity focus on form, range of motion, and body balance.

We’re all born (apart from unique circumstances) with the right balance of strength. This means that front-to-back and left-to-right, each side and each muscle is capable of doing what it is supposed to do.   Baby’s don’t have tight hip flexors that lead to an anterior (forward) pelvic tilt which overextends the hamstrings, compresses the low back, and limits mobility. The way a baby moves through the basic movement developments of rolling over, sitting up, crawling, standing, and walking is a testament of this.

Have you ever marveled at how easily a toddler can sit in a deep squat—for really long periods of time as they play with something on the ground? If this is how we’re born, what happened? Why are some of these basic movement patters that we could do when we were two years old, so difficult now that we’re grown?

The answer is: life happened. Hours of sitting at a desk working on a computer, sitting in a car in traffic, sitting on the sofa watching TV, not to mention injuries, favoring our dominant hand side, poor nutrition, and years of performing exercises wrong have resulted in a digression of our movement patterns. We now possess many over-developed muscles and postural imbalances. For example, sitting at a computer has resulted in most people having rounded forward-elevated shoulders with a protruding forward neck. This means the front deltoid is tight and often overdeveloped, while the rear deltoid is severely underdeveloped—often to the point of dormancy (it does not activate or fire like it should). To exasperate the problem, all of the overdeveloped muscles are even more so on the dominant hand side because of how much more that side is used. The result is an imbalanced mess.

Many of us, with the help of a good trainer/coach addressed these imbalances early on in starting our fitness program. We were able to correct the imbalances by focusing on basic functional movements, range of motion/mobility exercises, muscle isolation and activation exercises, and a healthy dose of stretching and muscle decompression. But as time goes on, we often revert back to bad habits. Where the emphasis was once on form and technique, it has now become increasing weight to achieve new personal records or increased speed/intensity to burn more calories or outperform your friends taking the class with you.

If we’re honest, we might even be scared by the idea of taking a step back—of not striving and grinding to work harder and harder each time—because we’re afraid of putting the fat back on or perhaps even of not looking like the “Bad A” that everyone has come to realize that we are. But like they say, “pride comes before the fall,” and if we don’t allow ourselves to get back to the basics every so often and just focus on form, technique, muscle balance, and the other necessary maintenance our body requires, our body will eventually fail us. Not only will we plateau in our progress, but we are setting ourselves up to get hurt. Can you guess what happens when you continue to load an imbalanced frame with increasingly heavy weights, at increasingly fast tempos, with increasingly sloppier form? You guessed it. Something will eventually give.

Personally, I try every 3 months to spend a few weeks just working on my foundation and making sure everything is activated, strong, loose, and in balance. This month, try backing off the weight and the tempo a little bit and just re-focus on form and technique. Ask your trainer/instructor to help you identify some imbalances and movement restrictions and how you can be working to address those. And most importantly, don’t believe the lie that little voice inside your head is going to try to tell you, “If you slow down now you’ll lose all the progress you’ve worked so hard to achieve.” In fact, it is quite the opposite.

Some of you may have seen the hit movie Hoosiers from the 80’s starring Gene Hackman about a small town Indiana high school basketball team that competes for the 1954 State Championship. Being from Indiana myself, I naturally love this movie. But one of my favorite scenes is on the first day of practice when the new head coach (Hackman) won’t let the team shoot the basketball. They are dumbfounded. “How are we going to have basketball practice without shooting the basketball?” they ask incredulously. The coach responds, “I’ve seen you guys can shoot but there’s more to the game than shooting. There’s fundamentals and defense.” They proceed to go the entire practice without shooting one shot.

You see, it doesn’t matter if you can make a shot, if you can’t dribble or pass without turning the ball over to the other team. Nor does it matter if you can score points if you can’t stop the other team from scoring. Similarly, if we don’t have the fundamentals of strength down, it doesn’t matter if we can grin and bear our way through continually increasing loads to reach new PR’s. Our weaknesses will eventually make themselves known. But be encouraged, we don’t take a step back to revisit the “basics” in order to stay there. We do it with the sole intent of progressing to new levels we have not yet achieved. In the movie Hoosiers, while the other teams were practicing by shooting and scrimmaging, they (Hickory) were practicing the fundamentals. But by the time the season was over, Hickory had surpassed them all, overcoming all odds and winning the State Championship.

This month, try getting back to the basics. It will be worth it—I promise! 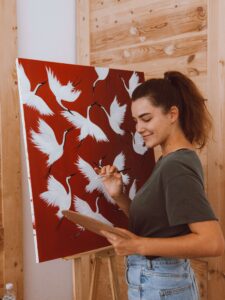 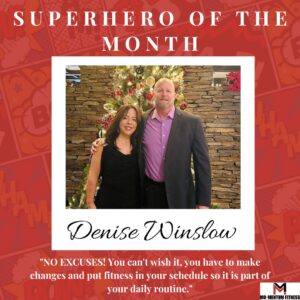 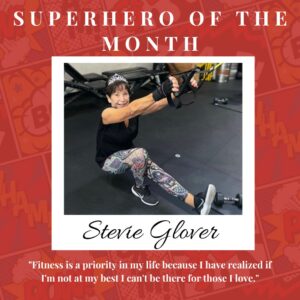